This update may be amended throughout the day so be sure to check back. If you have any ideas for the site, be sure to send them in
Since the release of Pokťmon Ultra Sun & Ultra Moon, the Discord Chat has been rife with discussion, so be sure to visit it. Our Forums have also had these discussion and are a bustling trade and competitive section for the games. Be sure to like our FaceBook Page.
Last Update: 22:23 BST
Edit @ 08:21: Trademark | Edit @ 09;20: Pokťmon Duel | Edit @ 22:23: Pokťmon GO Outfit

In Japan, Nintendo, Game Freak and Creatures Inc. have registered for a trademark for ウルトラシャイニー (Ultra Shiny). We currently don't know the context for this or what use it'll be, as the trademark is broad covering pretty much every conceivable possibility including TV games, cards, merchandise, songs etc., but we'll bring more details on this as it comes 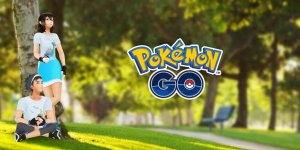 A new outfit has gone live in Pokťmon GO. This is a special Surf Blue T-Shirt and is free to all players. This shirt features a decal of Lapras with Pikachu on its head and two Wingull flying over it. IThis is the outfit that was stated to be given to all players for Earth Day and will forever be available to players 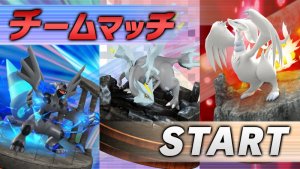 The latest Team Match event has begun in Pokťmon Duel. This Team Match has all players pick a team between Zekrom, Reshiram and Kyurem and their wins online will culminate into points for each team. As you progress you can receive various items including the special figures for Shiny Magikarp & Shiny Gyarados 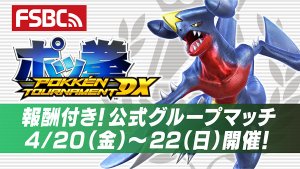 The next special Group Match has begun on Pokkťn Tournament DX. Until April 23rd you can participate in the "Outrage Smasher" Group Match. This cup is a Team Battle competition, once again on a Fixed Battle Arena. Participating in this brings a special title reward based on Garchomp, and if you place highly you'll get other titles based on your placement. 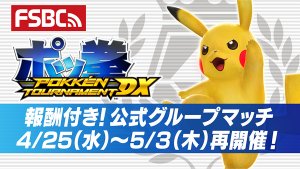 The next special Group Match has been announced on Pokkťn Tournament DX. From April 25th through May 4th you can participate in the "Volt Shock Fist" Group Match. This cup is a Basic Battle competition, once again on a Fixed Battle Arena. Participating in this brings a special title reward based on Pikachu, and if you place highly you'll get other titles based on your placement.