Be sure to check yesterday's update for news on the next movie. This update may be amended throughout the day so be sure to check back. If you have any ideas for the site, be sure to send them in
Last Update: 22:36 GMT
Edit @ 20:56: Pokémon GO Hatchathon | Edit @ 22:07: Raid Bosses 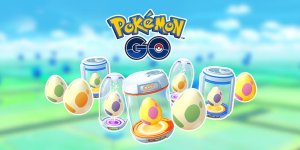 As the Holiday 2018 event has ended, the Raid Battles assigned by that event have finished and so new Raid Bosses have started to appear. Many of these bosses are designed as counters for the current Legendary Raid Boss, Heatran. We're currently cataloguing all the new raid bosses so be sure to check our Raid Battles section
Edit @ 22:36: We have a near complete list now up 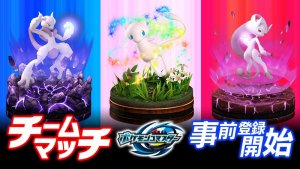 A new Team Match event has opened pre-registration in Pokémon Duel. This Duel Match has you choose a team of either Mew, Mega Mewtwo X and Mega Mewtwo Y, to tie in with the upcoming movie, Mewtwo Strikes Back Evolution. During the Team Match, you just play as normal online and your wins count towards your team. As you do so, you earn various rewards including the possibility of a special Time Booster (Sparkle) which has a chance of containing a chance of a figure, this time a Shiny Vaporeon. Pre-Registration runs until January 4th while the Team Match event runs from January 4th through to January 7th, with reward redemption being until January 10th