Cinderace, The Striker Pokémon. It juggles a pebble with its feet, turning it into a burning soccer ball. Its shots strike opponents hard and leave them scorched. It's skilled at both offense and defense, and it gets pumped up when cheered on. But if it starts showboating, it could put itself in a tough spot.

He has everything to what a team requires from a team player. He has the speed, the skill required to get past defenders and he can bend it like Beckham! With a fiery passion for scoring bangers with its unique signature move Pyro Ball, Cinderace is the new Fire starter Pokemon ready to ignite the Galarian stadiums. Its blistering speed allows it to outpace many Pokemon in the new metagame. Its Attack stat is also good enough to do damage despite its physical movepool being somewhat limited. Also, it has a really cool support move in Court Change which can turn the tables on most opponents. However, while Cinderace has the skills any virtuoso needs, sadly its defenses are nothing to be proud of. Despite these shortcomings, Cinderace only needs some inspiration moments, to really change the course of the match.
Positives
A base 116 Attack allows Cinderace to fire powerful moves like High Jump Kick and Pyro Ball doing excellent damage against foes that are hit super-effectively.
Its blistering 119 Spe gets the jump on Hawlucha, Gengar and Froslass allowing it to revenge kill these Pokemon.
Court Change is an unique signature move that allows Cinderace to swap the effects of hazards and barriers on both sides of the field. This not only allows Cinderace to gain momentum for its team but also turn the tables on the opponent as it ends up reversing their hazards into them.

Negatives
Base 80 / 75 / 75 bulk is very frail and this means that most attacks will be able to 2HKO Cinderace at best, while super-effective hits scoring most of the time a OHKO.
While it gets decent coverage options on Sucker Punch and High Jump Kick, Cinderace's physical movepool is very narrow as it doesn't really gets options to hit Pokemon like Seismitoad, Gyarados, Hippowdon and Jellicent, which hopelessly wall it.
Compared to Libero, Blaze is a mediocre ability for a physical sweeper who doesn't gets a secondary typing to take advantage of its coverage options.
With being Fire type only, without Heavy-Duty Boots, Cinderace gets punished by all forms of entry hazards

Blaze - Raises Fire moves power by 50% when at or below 33% health - This is okay and the only legal option as of writing this so you use it because you have to.
Libero (Non Available)- Changes the Pokémon's type to the type of the move it's about to use. - Easily the better choice of ability, being a renamed Protean, despite Cinderace's movepool. Alas it is not currently available

U-turn allows Cinderace to scout the opponent's team and regain momentum against opponents that Cinderace will not want to stay such as Seismitoad, Dragapult or Hippowdon. Thanks to this exclusive move, Court Change, Cinderace is able to swap the effects of hazards, barriers and others between each side of the battlefield. This allows Cinderace to pressure the opponent heavily by transferring the hazards set up in your side to theirs and turn the tables on a battle. Pyro Ball is Cinderace's offensive signature move and it ravages Pokemon like Ferrothorn and Excadrill who are vulnerable to the move while providing it with a consistent STAB. For the last slot, Taunt is an option that allows Cinderace to prevent Corviknight from removing the entry hazards with Defog. On the other hand, High Jump Kick is an option that allows Cinderace to hit Duralodon and Tyranitar for heavy damage preventing them from walling this set. Sucker Punch is also worth mentioning for being a priority move while providing coverage against Dragapult, but Cinderace will just prefer to U-turn out.

A Jolly nature with 248 Spe EVs is enough for Cinderace to outspeed +252 Spe Hawlucha and anything else slower than that. The 252 Attack EVs maximizes its offensive power while the rest is dumped in HP for some extra small bulk. Heavy Duty Boots is what Cinderace needs in order to be successful with this set as it protects it from entry hazard damage which is huge considering its weakness to Stealth Rock, Spikes and Toxic Spikes.

Rotom-Wash: Volt Switch complements Cinderace very well as it can provide momentum due to its low Speed and provide more opportunities for it to use Court Change while being able to check dangerous Water types like Gyarados and Barraskewda.
Gyarados: With hazards being swapped into the opponent, Gyarados can greatly benefit from this and sweep the opponent with Max Airstream and Max Geyser while gaining boosts with Moxie.
Ferrothorn: Its great typing allows it for Cinderace to fall back into Ferrothorn on bad match ups where Ferrothorn can set up against Hippowdown or Seismitoad.
Seismitoad: With Water Absorb allowing it to take Water attacks and completely being able to wall Rotom-Wash, Seismitoad pairs very well with Cinderace, which appreciates its ability to toast Ferrothorn and Rillaboom.
Tyranitar: Thanks to its typing and Sand Stream, it is able to beat Dragapult who would otherwise use Cinderace as set up fodder, while Cinderace can swap hazards and give offensive sets a bigger chance for a sweep.
Togekiss: It synergizes very well with Cinderace who heavily appreciates its ability to reserve hazards and set up a sweep with Max Airstream while flinching opponents to death with the combination of Nasty Plot and Air Slash.
Excadrill: With Cinderace running Court Change, Excadrill can forgo Rapid Spin and use a coverage move in order to have better chances of sweeping.

U-turn allows Cinderace to scout the opponent's team and regain momentum against opponents that Cinderace will not want to stay such as Seismitoad, Dragapult or Hippowdon. Pyro Ball becomes ridiculously strong when backed up with a Choice Band and it will hit anything that does not resist the move, for big damage. Zen Headbutt is Cinderace's only way to be able to deal with Toxapex while providing decent coverage against Dynamaxed Machamp. On the other hand, Sucker Punch allows Cinderace to hit Dragapult for super-effective damage while granting to its moveset a decent priority move. Finally, High Jump Kick is the last slot allowing Cinderace to crush Tyranitar and Duralodon while also providing an Attack boost if you decide to Dynamax it.

Rotom-Wash: A more offensive Cinderace will always appreciate the slow momentum Rotom can bring with Volt Switch while being able to defeat Gyarados and pressure Barraskewda.
Ferrothorn: Its great typing allows it for Cinderace to fall back into Ferrothorn on bad match ups where Ferrothorn can set up against Hippowdown or Seismitoad.
Seismitoad: Cinderace's access to U-turn allows it to gain momentum for Seismitoad and set up Stealth Rock while protecting Cinderace from its water weakness thanks to Water Absorb.
Tyranitar: Cinderace appreciates Tyranitar's ability to defeat Dragapult while giving it plenty of opportunities to switch thanks to U-turn.
Dracozolt: Due to Cinderace's ability to attract Rotom-Wash and Rotom-Heat, Dracozolt can take advantage of the momentum gained by U-turn and set up a Substitute while being able to fire powerful Bolt Beaks.

Bulk Up increases Cinderace's Attack and Defense stat, however, due to its frailness and weak defensive typing, it finds very difficult opportunities to set it up.
Bounce doesn't really provides any additional coverage, but if Cinderace is Dynamaxed, it can increase its Speed when it becomes Max Airstream. However, Cinderace is already fast enough, so it isn't really worth the slot against moves that provide overall better coverage.
Cinderace gets some special moves like Electro Ball and Shadow Ball, but considering its pitiful base 65 SpA, they are not worth it.
*Once Libero is released, it should definitely become the Ability of choice as it grants Cinderace with a STAB bonus on any move it uses.

Bulky Water types like Toxapex, Seismitoad and Rotom-Wash are not really afraid of whatever Cinderace throws at them and their STABs are strong enough to OHKO or 2HKO it due to its pitiful defenses.
Gyarados and Dragapult are massive threats due to their typing which allows it to pick up on Cinderace and set up Dragon Dance on it.
Dugtrio is a massive threat to Cinderace due to its higher Speed and ability to trap and OHKO it with Earthquake thanks to Arena Trap.
Bulky walls like Hippowdon, Gigalith and Coalossal can pretty much set up their hazards on Cinderace with the threat of forcing it out with their STABs. 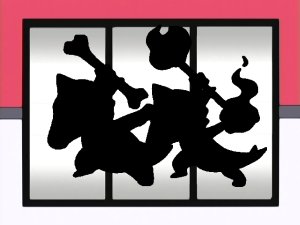 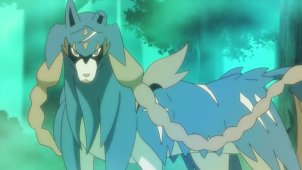 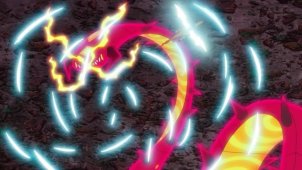