Be sure to check yesterday's update. This update may be amended throughout the day so be sure to check back. If you have any ideas for the site, be sure to send them in
X & Y have been out for months now, and the Chatroom has been rife with discussion while the WiFi Chatroom has been a place for battles, trades and Friend Safari hunting, so be sure to visit them. Our Forums have also had these discussion and are a bustling trade and competitive section for the games. Be sure to like our FaceBook Page.
Last Update: 19:43 GMT
Edit @ 10:33: Episode Title | Edit @ 12:05: Episode Pictures | Edit @ 16:03: Hidden Ability Starters | Edit @ 19:43: Generation Showdown 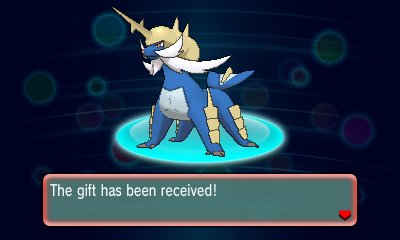 Folowing its posting last night, we now have details for the Hidden Ability Unova Starters in Europe and North America. Serperior begins today with the code POKEMON497 from the official site.
Reckless Emboar will begin from January 29th 2015 also from a code from the official site and Shell Armor Samurott will run from February 5th 2015 through a code from the Pokťmon Trainer Club Newsletter.
All three promotions end on November 30th. It's not currently clear if these promotions will match the serial code Japan had for them earlier this month like the Serperior has, but when we know we shall post the password and that they are active so keep checking back.

Following its reveal for Japan last week, the next competition has been confirmed for North America, Europe & Australasia. This competition is called the Generation Showdown and is only for Omega Ruby & Alpha Sapphire and is a Double Battle. In this competition, you can use all Pokťmon from the National Pokťdex except Mew, Celebi, Jirachi, Deoxys, Phione, Manaphy, Darkrai, Shaymin, Arceus, Victini, Keldeo, Meloetta, Genesect or Diancie. However, you can only have up to 2 of the following in your Battle Box: Mewtwo, Lugia, Ho-Oh, Kyogre, Groudon, Rayquaza, Dialga, Palkia, Giratina, Reshiram, Zekrom, Kyurem, Xerneas, Yveltal or Zygarde. Registration runs from February 5th to February 12th while the competition runs from February 13th to February 15th. All entrants get 1000 PokťMiles. 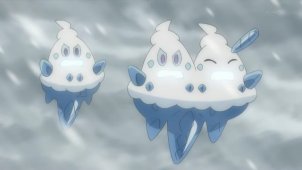 As usual, I have done pictures from the episode that aired in Japan today. This episode features Ash & co. reaching Coumarine City to learn of a lost Vanillite. The AnimťDex has been updated with the contents of this episode. Click the picture to go to the gallery but be warned however as they contain spoilers. 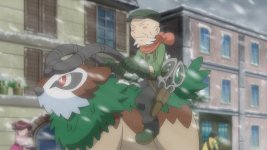 With the episode that just aired in Japan, I have been able to create a biography. This biography is for the Coumarine City Gym Leader, Ramos, and contains details on Pokťmon that are on his team. Click the image to go to the biography, but be warned as it contains spoilers 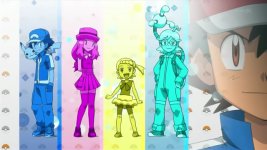 The official TV Tokyo website has revealed another episode title for an upcoming episode. This episode is due to air on February 19th 2015. No further details are currently known, but it does feature Magnemite, Emolga & Pachirisu and a weird occurrence Pikachu, Dedenne and Luxio
Episode 865: Protect the Future of Science! The Labyrinth of Electricity!!