This update will be updated throughout the day. If you have any ideas for the site, be sure to send them in
With the new generation upcoming, and the Chatroom has been rife with discussion while the WiFi Chatroom has been a place for battles, trades and Friend Safari hunting, so be sure to visit them. Our Forums have also had these discussion and are a bustling trade and competitive section for the games. Be sure to like our FaceBook Page.
Last Update: 18:00 BST
Edit @ 10:36: Pokťmon GO Patch | Edit @ 14:00: Pokťmon Sun & Moon

The latest trailer for Pokťmon Sun & Moon has been released by The Pokťmon Company. This trailer reveals a lot of new Pokťmon and features in the game. First they reveal Alola Forms. These are new variations of classic Pokťmon. Exeggutor is Grass/Dragon with the ability Frisk
Vulpix and Ninetales are Ice and Ice/Fairy with the ability Snow Cloak
Sandshrew and Sandslash are Ice/Steel with the ability Snow Cloak
There are new Pokťmon.; First is Oricorio with four different forms, Fire/Flying, Electric/Flying, Psychic/Flying and Ghost/Flying. Its ability is Dancer which copies dance moves.
Minior is Rock/Flying with the ability Shields Down. With the Shields Down Ability, it will have excellent defensive capabilities as long as its shell is intact. It will also be protected from status conditions. But when its HP drops below half, its shell will break, and it will change to a form better suited to attacking.
Yungoos' evolution is called Gumshoos. Normal-type with Stakeout and Strong Jaw.
Two new Pokťmon are Fomantis and its evolution Lurantis. They have the abilities Leaf Guard and the new move Solar Blade
Mudsdale's pre-evolution is the Ground-type Mudbray with Own Tempo and Stamina
You can ride various Pokťmon using PokťRide which allows for you to travel on top of Pokťmon like Charizard & Sharpedo
Z-Moves are utilising the special bracelet that trainers have. The Z-Ring fits on a Trainerís arm, and Z-Crystals are set into it. If a Pokťmon holds the same variety of Z-Crystal, the two will be able to resonate with one another. Crystals that correspond to each Pokťmon type have been found in the Alola region. There are two conditions for performing Z-Moves: a Pokťmon must learn a move of the same type as a Z-Crystal, and it must be holding the corresponding Z-Crystal. When you see these moves in action in the game, each overwhelmingly powerful move will be on full display, filling the entire screen! A special bit of merchandise for a Z-Ring will also be released which will light up in tandem with use on Sun & Moon

There's a special Island Challenge where you face up against Trial Captains who specialise in certain types of Pokťmon. You can also face a Pokťmon known as a Totem Pokťmon, who can then call on other wild Pokťmon for help. There are over 4 Trial Captains
Edit @ 14:53: Updated our Pre-Release Screenshot Page and our New Pokťmon Page
Edit @ 15:00: The next bit of Sun & Moon news is due to com on Friday August 12th at 10:00 JST
Edit @ 15:14: Updated the New Abilities & New Attacks pages while also creating pages on Alola Form Pokťmon and Z-Moves
Edit @ 16:09: Created a page for The Island Challenges
Edit @ 18:00: Created a page for Pokť Ride 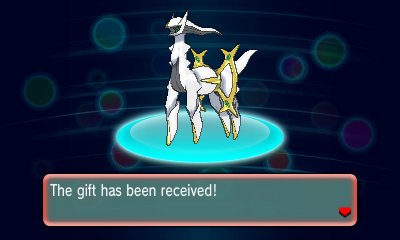 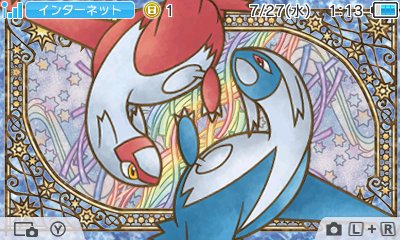 Following their release in Japan last week, the three new Pokťmon 3DS themes have been confirmed to be coming to Europe on Friday. The first is the Pokemon: Pair Art Gardevoir & Gallade which features special art of Gardevoir & Gallade. It has the music Wally's Theme from Pokťmon Omega Ruby & Alpha Sapphire.
Secondly is the Pokemon: Pair Art Latios & Latias which features Latios & Latias and the music Soaring at Night from Pokťmon Omega Ruby & Alpha Sapphire. It comes in a bundle with the Gardevoir & Gallade themes for £3.19 (Ä3.49)
Finally is the Pokťmon Amie Substitute theme which features imagery of the Substitute on the bottom screen and lots of Substitute and Pokťmon on the top screen. It has the music from the Pokťmon Amie mini-games in Pokťmon X & Y. It can be purchased for £1.79 (Ä1.99)
There is currently no sign of international release

A new patch update has come to Pokťmon GO on iOS. This patch is Version 1.1.1 and is said to fix some issues with performance when in lists and Pokťmon detail screens. It's also correcting a link for app upgrades. Currently no version has gone live on Android but we'll post when it comes..