Be sure to check yesterday's update. This update will be updated throughout the day. If you have any ideas for the site, be sure to send them in
With the new generation upcoming, and the Chatroom has been rife with discussion while the WiFi Chatroom has been a place for battles, trades and Friend Safari hunting, so be sure to visit them. Our Forums have also had these discussion and are a bustling trade and competitive section for the games. Be sure to like our FaceBook Page.
Last Update: 20:36 BST
Edit @ 11:59: Sun & Moon Anime | Edit @ 12:38: Episode Pictures | Edit @ 20:09: Nintendo Badge Arcade 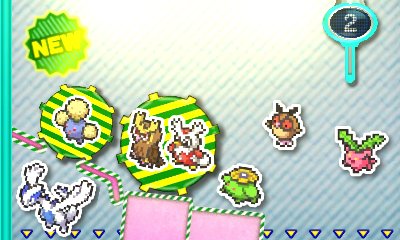 The free piece of Nintendo 3DS software, Nintendo Badge Arcade, had its weekly update in Japan. This week it has once again introduced multiple panels of badges of Pokťmon to earn. These panels include various more new Pokťmon to the ones previously obtainable. We're currently cataloguing all of these badges and will update our Nintendo Badge Arcade section shortly. It also updated in North America with some badges previously released in Japan, some Kalos Pokťmon sprites
Edit @ 20:36: All four panels and 27 badges catalogued 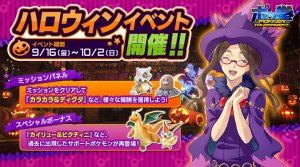 A new update has come to the arcade version of Pokkťn Tournament. This event, running from tomorrow until October 2nd allows for you to unlock the Support Pokťmon of Dragonite & Victini, previously Wii U exclusive, during your play. Secondly, if you complete the new Mission Panel, then you will also get the Support Set of Cubone & Diglett, as well as new titles and customisation options. Finally, there's new outfits available for your avatar based on Halloween, as well as the return of the Mystery Carnival stage. 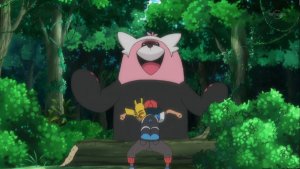 During the episode of the anime today, some further details of the upcoming series Pokťmon Sun & Moon were revealed. Within this, a trailer showed the arrival of Team Skull as well as some of the adventures of Ash. We hope to have an official upload of the trailer soon We'll provide more details as it comes
Edit: The trailer has been uploaded officially 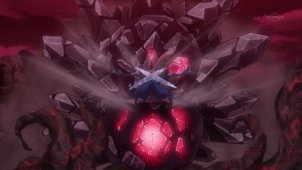 As usual, we have done pictures from the episode that aired in Japan today. This episode features Ash & co. regroup when the Megalith starts advancing. The AnimťDex has been updated with the contents of this episode. Click the picture to go to the gallery but be warned however as they contain spoilers. 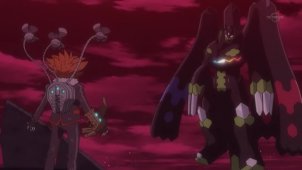 As usual, we have done pictures from the episode that aired in Japan today. This episode features the heroes of Kalos face off for the last stand against Lysandre. The AnimťDex has been updated with the contents of this episode. Click the picture to go to the gallery but be warned however as they contain spoilers.