Volcarona, The Sun Pokťmon. Volcarona scatters burning scales. Some say it does this to start fires. Others say it's trying to rescue those that suffer in the cold. This Pokťmon emerges from a cocoon formed of raging flames. Ancient murals depict Volcarona as a deity of fire.

Volcarona is a powerhouse sweeper being a cornerstone of Sun teams during its release generation of Black and White. However, Volcarona suffers from a crippling weakness to Stealth Rock due to its Bug/Fire typing making it a demanding teammate, as Volcarona needs a way to clear hazards and even then it suffers from not being able to hit everything for neutral. However, it has gotten many small buffs that have culminated in Sword and Shield with no Heatran and the new Heavy-Duty Boots, making Volcarona a powerhouse in the new metagame.
Positives
Volcarona has massive power with 135 base Special Attack backed with average Speed of 100, allowing it to tie with most Pokemon and also function as a solid boosting sweeper.
Access to Quiver Dance, one of the best boosting moves in the game, makes Volcarona a terrifying sweeper that also boosts its special bulk.

Negatives
Volcarona can't carry enough coverage and will be walled by something, and eventually Heatran will return with Crown Tundra which is a problem since Hidden Power is gone.
Volcarona has low physical defense making it susceptible to priority options, especially Accelrock and Aqua Jet.

Flame Body - 30% chance to inflict a burn when hit with a physical contact move - A nice option as Volcarona looks to come in either on a double switch or on Steel or Fighting moves, both of which tend to be physical contact moves.
Swarm - Raises bug moves by 50% when below 33% health - It's not great but not bad as it can push Bug Buzz into OHKO range for some Pokemon. Definitely an interesting option with a Focus Sash.

Quiver Dance is the key move of the set as it provides a boost to Special Attack. Special Defense, and Speed, making Volcarona bulkier while gaining offensive pressure. Bug Buzz is the secondary STAB and can be a bit more spammable against some teams than its Fire STAB. Psychic is the coverage of choice due to it hitting Keldeo, Rapid Strike Urshifu, and Kommo-o for super effective damage. For Fire STAB Volcarona has a few options, Fire Blast is probably the best due to its high power while Flamethrower has less power but more PP and accuracy. Finally Fiery Dance is an option with less power than Flamethrower but has a 50% chance to boost the users Special Attack, so it can be used to snag more damage but can be a bit of a win more move.

Heavy-Duty Boots allow Volcarona to ignore its major flaw of Stealth Rock, making it less reliant on hazard removal unless it gets hit by Knock Off. Volcarona is generally a straightforward offensive sweeper though in some metas you can afford to run a more physically bulky Volcarona spread to make it easier to set up and survive hits.

Volcarona is quite capable of a bulkier set due to its decent base health. With an EV spread of 248 HP / 8 SpDef /252 Speed, Volcarona can grab a few more boost and sponge some hits it otherwise wouldn't while using Fiery Dance to patch its lower Special Attack, and use Roost over Bug Buzz for recovery.

In a Dynamax setting, Hurricane is another strong option for Volcarona due to its good coverage and providing Max Airstream to boost Speed when Quiver Dance is hard to utilize. However, the coverage overlaps with its STAB outside of a few key threats, namely Urshifu and Keldeo. Giga Drain is another good move for Volcarona since it can provide some recovery and coverage against bulky Water-types like Gastrodon, Seismitoad, Primarina, and Quagsire.

Amoonguss or Tangrowth are nice options due to their ability to check Azumarill, who is probably the best answer to revenge kill Volcarona. These two are also good at providing some sleep support, which can create more setup opportunities. Rotom Cut is in a similar area but less bulky, though it can pivot out and give Volcarona an easy way in.
Hydreigon is an excellent option to pair on a more offensive team due to Volcarona and Hydreigon sharing checks such as Keldeo, Urshifu, and Azumarill, meaning that one can chip away at the walls while the other tries to sweep.

Volcarona is a Pokemon that almost always finds a place in Doubles at one point or another, though it's not always one to make a huge impact. In the current metagame, Volcarona is not a major contender due to the presence of Incineroar, Cinderace, Togekiss, Tyranitar, and so on, but the prominence of Rillaboom and Amoonguss give it a niche regardless. Volcarona hasn't really gained much of any new tools that make it stand out in Doubles, but that's fine because Volcarona has what it needs to function as a Quiver Dance user with STAB Heat Wave access. Dynamax expands Volcarona's options as it does with any offensive Pokemon, but at the end of the day if you're looking for a Fire-type you're going to have to go through the likes of Cinderace and Incineroar before considering Volcarona, even if it's a special attacker. That being said, if you're looking for a Heat Wave user that can boost its stats further then Volcarona may be what you're looking for here.

Heat Wave is the best Fire STAB for Volcarona due to hitting both foes, and Volcarona has the means to boost this damage further with Quiver Dance. Bug Buzz is a good secondary STAB for Volcarona since it provides an option to deal with Indeedee quickly, and provides coverage against Tyranitar who would otherwise not even need to acknowledge Volcarona's existence. Giga Drain is significantly weaker against it due to the lack of STAB, but it does provide better coverage against bulky Waters which sometimes also resist Bug Buzz, such as Primarina and Rapid Strike Urshifu. Quiver Dance is the go-to setup move and it's largely the reason to consider Volcarona, though you can theoretically drop it for Hurricane if you expect to go all-in on the Dynamax approach. Volcarona greatly values Protect due to its low Defense, so the ability to defend itself from attacks is very useful even if Rapid Strike Urshifu doesn't care.

Volcarona is a very offense-focused Pokemon so investing fully into offense is a safe approach, though a bulky spread is perfectly viable depending on the team and support such as Intimidate. Timid Nature allows Volcarona to fully utilize its solid Speed tier and avoid automatically losing to any Urshifu, though if you're going bulky at all then Modest is preferred. Flame Body is the preferred ability since a free 30% chance to burn physical threats on contact is always nice to have, while Swarm is especially difficult to utilize in Doubles. Safety Goggles is a good item choice that allows Volcarona to completely ignore anything that Amoonguss does, whether it's Spore or Rage Powder. Focus Sash is another good item choice though if Volcarona's physical frailty is a major concern, though be careful of sandstorm and Surging Strikes ruining and ignoring the Focus Sash.

- Lum Berry is another good item choice that allows Volcarona to shrug off a Spore from Amoonguss but need Safety Goggles elsewhere on your team.
- Hurricane is an interesting move as mentioned before, since it provides useful Max Airstream coverage against the likes of Urshifu while also providing speed support for Volcarona and its teammate.
- Rage Powder with a pinch berry, such as Wiki Berry, is a very different way to utilize Volcarona since it allows for a potentially unexpected redirector, and can potentially punish physical attackers with Flame Body on top of that. Volcarona has a lot of problematic weaknesses, though some of its resistances are useful enough that Rage Powder still has merit.
- Volcarona really wants Fake Out support and both of the premier Fake Out users provide additional support that Volcarona really wants. Incineroar provides Intimidate support and Parting Shot to boost Volcarona's otherwise poor physical bulk, but Rillaboom provides Grassy Terrain support on top of helping deal with the annoying bulky Water-types that pose a major threat to Volcarona.
- Redirection is useful for Volcarona to help it set up Quiver Dances as well, so Amoonguss and Togekiss both make for good teammates here. Amoonguss again has the added bonus of annoying bulky Water-types, though Togekiss can also provide further offensive pressure and also threatens Urshifu.
- While Bug Buzz does help against Tyranitar, it's still a major threat so Fighting-types such as either Urshifu form are good teammates to consider. Cinderace isn't a real Fighting-type but with Libero High Jump Kick it's about as close as you can get, so that's another consideration as well.

Keldeo and Urshifu are both strong options due to sharing Fighting/Water typing allowing them to resist both of Volcarona's STAB moves. Rapid Strike Urshifu needs a Choice Scarf to consistently answer Volcarona due to its lower 97 base Speed, but it does have access to Aqua Jet which is fairly dangeorus with a Choice Band. Keldeo on the other had just outpaces Volcarona with 108 base Speed, so it can revenge kill Volcarona at +1 with a Choice Scarf.
Dusk Lycanroc is an incredible answer to Volcarona that even Dynamax Volcarona struggles to survive, since Tough Claws boosted Accelrock ruins Volcarona's day.
Bulky Alolan Marowak is another good option as it resists both of Volcarona's STABs and takes neutral from Psychic, while hitting it on its softer physical defense with its STAB Ghost moves without fearing a burn. 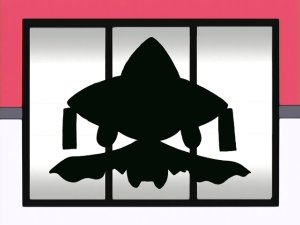 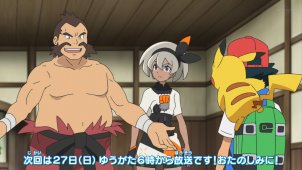 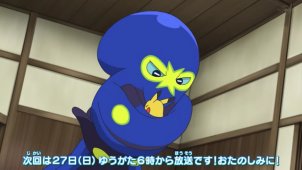