A New Addition to the battle system is a capability to use two pokémon in a battle at once. With the unsureness of people about how it works I will try and explain it here. Heres a screen of it in action: 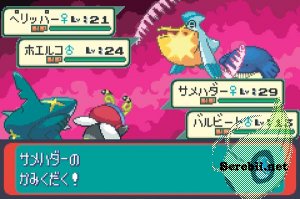 So, the attacks will be in order of Speed, Say you have a Bayleef and a Shuckle and your opponent has a Caterpie and an Electrode

Say they are on Max Stats for Speed: Bayleef: 218, Shuckle: 108, Caterpie: 188 and Electrode: 378. The battle attacks would be in this order: Electrode, Bayleef, Caterpie, Shuckle.
You get to select the Pokémon you get to attack so say you wanted to use Vine Whip as Bayleef, you get to pick if Caterpie or Electrode get hit. However some attacks work on both target pokémon like Surf and Blizzard. It is not yet known if the damage gets halved or not, however it'll be said here when it's known
Multiplayer Battling

Luckily, since the GBA can have 4 Players...you can have 4 Player Battling. You each choose 3 Pokémon and use them. It's basically run the same way as a 2 on 2 battle...except you can only control one Pokémon instead of the two. It is one of the options when you decide to battle in the Pokémon Center. Here are a few example Pictures: 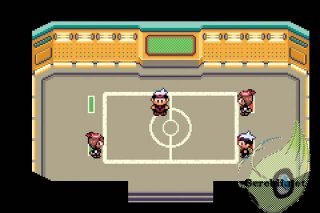 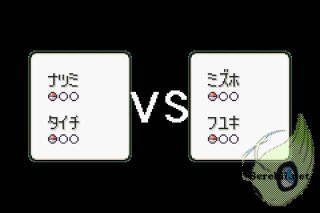 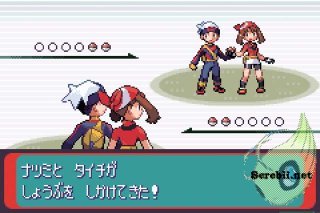 The Rest Is Done exactly the same as the example above