Snorlax, The Sleeping Pokémon. Its stomach is said to be incomparably strong. Even Muk’s poison is nothing more than a hint of spice on Snorlax’s tongue. It eats nearly 900 pounds of food every day. It starts nodding off while eating—and continues to eat even while it’s asleep. It doesn’t do anything other than eat and sleep. When prompted to make a serious effort, though, it apparently displays awesome power. It has no interest in anything other than eating. Even if you climb up on its stomach while it’s napping, it doesn’t seem to mind at all!

One of the original powerhouses, obstacles, and probably spirit Pokemon of many people including myself, Snorlax has had a long lifetime of being a fan favorite on the outer edge of popularity. Competitively, Snorlax is one of the handful of Pokemon to be classed in OU for 4 generations in a row until BW dropped, being a core Pokemon on release and then becoming the most centralized Pokemon in GSC. While falling lower since the power creep of BW, Snorlax has maintained its role of a special defensive tank that can catch people off guard with its 110 base Attack, and the newly buffed pinch berries allow it to become a menace once more.
Positives
Tank/Pivot - Snorlax has and maintains the role of an offensive pivot or tank. This makes it ideal for offensive teams that need a backbone against special threats. Snorlax also has an edge against other bulky Pokemon in lower tier formats such as Assault Vest Goodra and Slowbro, with access to Pursuit to trap Espeon and Necrozma and harass Uxie with its slower Speed for U-Turn, which is something Absol can't do as well.
Curse Sets - Snorlax has access to two big moves for a team, Curse and STAB Self Destruct both of which can be hard to handle. Curse makes Snorlax harder to kill by patching its subpar Defense while boosting its Attack. This set is deadly in combination with Gluttony and Recycle, the fact that CurseLax has endured this long since GSC speaks well of its success rate. Self Destruct also adds another layer of pressure that Snorlax can bring, as you never know when this thing just decides to take down a foe with it.

Negatives
Slow - Snorlax is a Pokemon that won't gain much momentum in a lot of situations and can actually create issues due to its low base 30 Speed. Pursuit can help with this as chip damage is great. The point swings both ways however as Snorlax will take 2 hits per one it achieves in most situations and can wear through its high health pool quickly.

Gluttony - Consumes berries when below 50% - This makes the pinch berries such as Figy Berry far more potent since they now heal 50% of total HP, making it the premier ability in Battle Spot and Doubles.
Immunity - Immunity to Poison - Great as it prevents Snorlax from being Toxic stalled by bulkier Pokemon such as Milotic, though it faces competition from the other abilities.
Thick Fat - Halves Ice and Fire type attacks damage - Great all around as it's an effective resistance and lets Snorlax pivot into more threats. Really though you should be using Gluttony in most formats outside of 6v6, Gluttony with Recycle wholly defines Snorlax.

This is the modern CurseLax set you will see in most formats outside of 6v6 Singles, even in Doubles you'll see similar sets. Curse is the primary setup move for Snorlax here and it makes it very difficult to KO unless you have a Fighting-type or Toxic user. Recycle pairs well with Figy Berry to effectively give Snorlax a renewable recovery option, though if the berry is removed by the foe then Recycle will no longer work so be careful of that. Return is a powerful STAB option which is all Snorlax really needs for most foes. However, one of Earthquake or Fire Punch is ideal in the last slot to deal with Steel-types and not be completely walled by Ghost-types.

Figy Berry can be interchanged with any berry that doesn't cause confusion for the chosen nature, though Gluttony is mandatory since the berry isn't reliable enough without it. Adamant or Bold nature are both valid, though Bold makes it slightly easier to set up at the start while Adamant makes Snorlax less reliant on heavy boosting for damage. The EVs make Snorlax more physically bulky so that it gets more value out of Curse boosting, while making sure Snorlax has a good level of bulk all around.

Classic Curselax, this set hasn't changed in a decade. Rest and Curse go hand in hand as Snorlax's high Special Defense and then boosted Defense through Curse make it difficult to KO. Frustration or Body Slam are the attack of choice, Frustration dealing higher damage while Body Slam supports both Snorlax and the team through its 30% paralysis chance. Last slot is open for either Sleep Talk making Snorlax a mono attacker which can further its difficulty to kill, or Earthquake for coverage against Steel and Rock threats.

Leftovers provides extra passive recovery while Thick Fat adds to Snorlax's bulk and provides extra safe setup opportunities. Note that this set is only worthwhile in 6v6 Singles, as it is outclassed by Gluttony variants in any other format.

With a Choice Band Snorlax gains tremendous power and threatens 2HKOs on many key threats such as Slowbro and Special Defensive Cresselia with its STAB Double Edge. This can also secure OHKOs on Pokemon such as Shaymin that are key for balanced teams defensive spine. Earthquake allows Snorlax to handle Rock threats such as Gigalith and Rhydon that can tank Double Edge well. Pursuit is extremely nice as it traps Ghost types that threaten teammates such as Gardevoir and with most Pursuit users being frail, Snorlax is one of the best options. Finally, Self Destruct is an option in the final slot to remove a threat once Snorlax is too low to continue helping the offensive while Fire Punch melts Steels, namely the threatening Swords Dance Escaviler who can get a free boost on Snorlax. Thick Fat is nice here as it limits the damage Snorlax takes from threats such as Rotom Heat and the rare Abomasnow but Immunity prevents Cresselia and Bronzong from Toxic stalling it. The choice is depend on if you want a better match up against offensive team (Thick Fat) or defensive ones (Immunity).

Belly Drum - With a Figy Berry and Gluttony, Snorlax can act as a powerful wallbreaker and blast through some walls, but the lack of recovery hurts Snorlax and due to wanting 3 attacks, makes it hard as Recycle would make the set terrifying to deal with. This is much scarier in Doubles

Healing Wish - More for the Choice Band set, Healing Wish support really helps Snorlax as it can be worn down fast. Gardevoir is a nice option with its Fairy typing to pivot into Fighting threats that scare Snorlax while baiting in Ghost types Snorlax gets a relatively safe switch into. Shaymin is the second strong option with Grass typing to absorb Scalds namely for Snorlax and brings in Moltres and Ninetales that Thick Fat Snorlax bullies with ease.
Status support - CurseLax in particular loves status support, especially without Body Slam. Nidoqueen is obviously the best option due to its bulk and flexibility allows it to adapt to any team. Other Toxic Spikes setters such as Drapion are also nice albeit more niche than Nidoqueen, but still effective partners for Snorlax.

Snorlax became one the newest menaces of the Doubles format this generation thanks to the pinch berries getting massively buffed as well as the rise of the Tapus. To put it simply, Snorlax almost redefined what it means to be a boosting sweeper in Doubles due to the fall of Fighting-types in the Doubles format, forcing teams to specifically account for it to avoid being blown up by an immovable object. Tapu Fini in particular can make it difficult to deal with though because its Misty Terrain protects Snorlax from status while offering Heal Pulse to make even the Belly Drum sets durable, so you're looking at a deadly threat in the right hands. If you're playing in a normal Doubles setting be prepared for Snorlax or you'll be in for a rough time, assuming the rules you play by don't just ban it to save you the headache of dealing with an insanely durable Normal-type.

I'll be skipping the CurseLax set because it is near identical to the one listed in the Singles section, the only exception being that High Horsepower is used instead of Earthquake. High Horsepower may have a nasty 5% chance of missing but it's a single-target move which makes it much safer. Belly Drum is the focus of the set though, turning Snorlax into an instant threat without losing half its health due to the berry. Return alone brutalizes anything that isn't a Ghost-type to the point that even Rock- and Steel-types should be careful around it, while Fire Punch and the aforementioned High Horsepower options ensure that even they aren't safe. Protect is highly useful here because Snorlax becomes a huge target after boosting so this set really wants to be able to protect itself at times. However, Recycle can be used instead if you value the potential longevity more and don't have a Heal Pulse teammate.

Gluttony and the berry are non-negotiable, you need those. Snorlax wants maximum bulk investment since Belly Drum will give it all the power it needs, and Snorlax really wants to patch up that Defense. Relaxed nature is ideal to maximize that bulk as well though Brave nature can be used to give Snorlax an extra push offensively. It's important to note that you don't need to take the Speed reducing natures and there's good reason not to as well, if only to avoid losing to other Snorlax. The EV spread can also be fine tuned to your liking but keep it simple unless you have a good reason to change it, or if you're feeling wild enough to go max Speed for TurboLax.

- As noted before, CurseLax is still very potent but near identical to the Singles set, so just refer to that one because the Doubles set is effectively the same.
- Tapu Fini is an excellent teammate because it protects Snorlax from status and can heal it with Heal Pulse. Swagger can also speed things up for the Curse set and also keeps Intimidate from ruining your day, though be careful of terrain switching.
- Trick Room support from the likes of Cresselia or Mimikyu can make for a deadly Snorlax since it turns one of its few weaknesses into an advantage.
- Mimikyu in particular deserves a special mention for forming a strong Trick Room core with Psych Up to give even Mimikyu some offensive presence. Mimikyu is somewhat gimmicky otherwise though so there's not a ton of reason not to go the Psych Up route while you're at it.

Ghost types - With immunity to Snorlax's STAB most Ghost types are an excellent answer. Mismagius is one of the best with its decent bulk and access to Taunt to prevent Snorlax from Cursing on it or healing with Recycle but can easily be set up fodder without Taunt should Snorlax have a coverage move. Alolan Marowak falls in a similar area with Will-O-Wisp but Recycle Snorlax doesn't hate being burned due to favoring Facade over Frustration, though it will cut Earthquake's power. Finally Frosslass can pivot into Snorlax but outside of Taunt and Will-O-Wisp can't do much to it due Thick Fat.
Boosting Pokemon - Much like its GSC glory days, faster boosting Pokemon can beat Snorlax one on one. Escaviler with Swords Dance is one of the best for this as it resists Frustration and packs Swords Dance but a Fire Punch will end Escaviler. Other Snorlax can also win, especially the rare Gluttony Belly Drum set that just maximizes power fast with minimal drawbacks outside longevity. 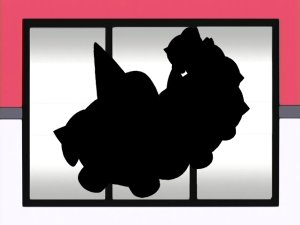 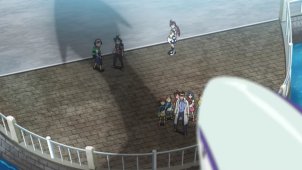 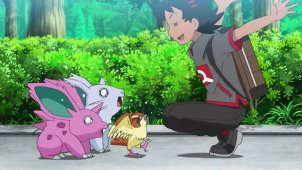